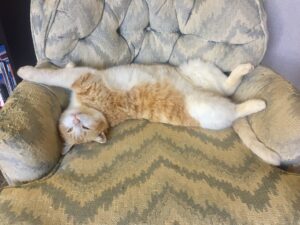 I don’t know about you, but I instantly warm to a business that has an office pet. There is just something special about a place that recognizes the importance of animals & makes room for the right ones. Windridge is such a place and we have a grand cat. 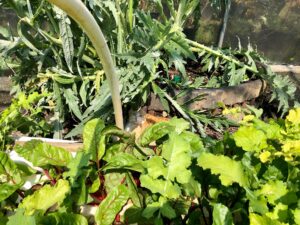 Leroy has been with the company for over five years now. We had previously lost our office kitty, Boots suddenly and the majority of us had decided, with iron resolve, that we were not going to get another cat under any circumstances. 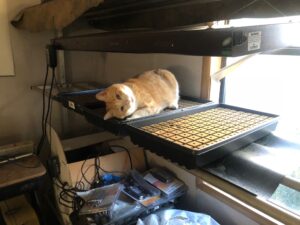 At that point in time a friend from Rockbridge County said that he had a “real special kitty”, “a cat unlike any other” (and believe me he is not a cat person) that was in need of a home. Leroy had come out of the woods behind his house on a day like any other. They tried to run him off without success. Leroy had then climbed a ladder to be closer to our friend who was working on his home. “that’s when I knew he wasn’t any ordinary cat” stated our Rockbridge Friend. Leroy overwintered in his new found, but temporary home. It was mentioned in conversation that we had lost our office kitty and that at least one of us felt that the office just want the same without one. Our friend was quick to mention Leroy, who wasn’t particularly fond of the grandchildren that visited his Rockbridge residence. Over time he won me over with Leroy stories and a plot to get a new office kitty was hatched. 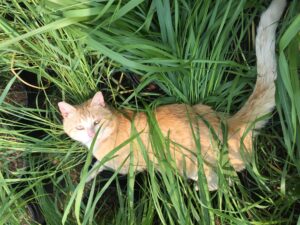 Now the story changes as to who you ask but in the end Leroy was smuggled into Afton. The company was a fluster, mostly because nobody wanted to get their hearts broken again after Boots. Leroy had a rough start, tussling with the farm dogs. Even went a round with our Office Manager, the Boss’ Wife, Christy. A move that was monumentally stupid. It appeared for a bit that Leroy’s goose was cooked. Then one day not too soon after his arrival he had a change of heart, as did we. 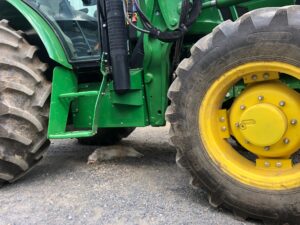 Although he is not officially on the payroll Leroy is an integral part of our company. He runs security detail, acts as a door stop as needed, chair warmer, heck he even takes messages when asked to do so. He has hitched a ride on several occasions into town and been brought back promptly. He does his old crusty kitty best to keep spirits high and soothe our most frustrating days. 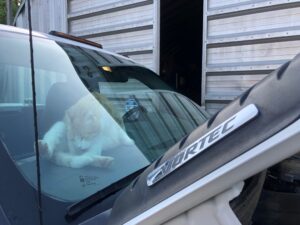 You can find him basking on the porch, sleeping in the office wherever he wants, or helping Paul in the shop. 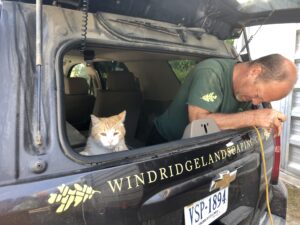 He loves helping the crews load up in the morning and Monday is definitely his favorite day. It’s the day his people come back. It takes a special group of people to welcome such a critter. We will never be sure what Leroy’s full story is but we know that the best chapters have been written with us here at Windridge and hope there are many more to come. 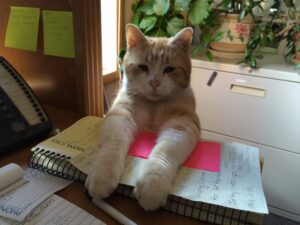